Why Kumbh Mela Is Celebrated – HowFlux
Skip to content 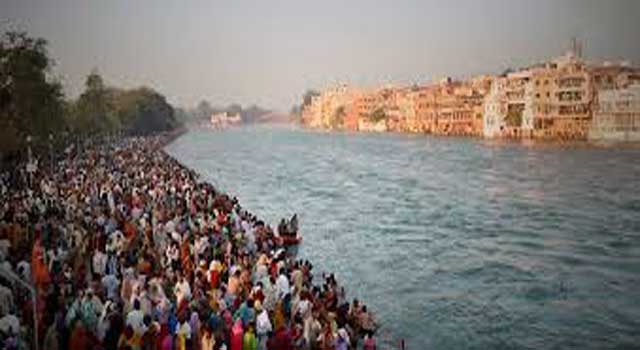 Hindus have a great belief in Kumbh Snan and it is believed to be better than any kind of snans or bathing places in the world. The water of the sacred river of Kumbh snan is believed to be pious and during the kumbh mela, the sadhus and babas often arrive in huge amounts just in order to bath in the holy river of the sacred river of kumbh snan. Kumbh Snan is considered to be the largest peaceful gathering in the world and millions of people arrive at the designated kumbh snan place in order to bath in the holy sacred water. A huge mela or you may say “Fair” is organized at the designated place and this mela or fair is known as kumbh mela. The reason why this mela is celebrated can be explained as follows:- Why Kumbh Mela Is Celebrated

1. The Story That Says The Sea Was Churned:-

In order to know why Kumb Mela is celebrated, we met a sadhu over there in Haridwar. He told us the story of samudra manthan or what you may call “Sea Churning”. The story was of victory of good over the bad. There was a container of nectar in the sea that if drunk by anyone would make him get immortal and the gods as well as devils wished to drink this nectar.

2. Even The Devils Wished To Drink The Drops Of Nectar:-

Now it was OK that if gods drink the nectar, it would bring good for allbut even the devils wished to drink that nectar and if they would have become immortal, they won’t let anyone live with peace and would think of ruling the world which was known to all the gods.

3. All the Nectar Was Trick fully made Drunk by Gods:-

The sea was churned making sheshnag as the rope and the nectar was obtained. Now trickfully gods made nectar all drank by themselves and gave nothing to the devils, but wine tricking them out of a female avatar that too taken by one of the gods who was to distribute this nectar.

4. The Drops of Nectar Had Feel From Kumbha to the Water of These Holy Places And Thus This Mela Is Celebrated:-

It is believed that while this distribution was being made, some drops of this nectar has fallen in the water of rivers of the places where the kumbh snan is made and so the water of these places is considered to be pious. This serves to be the reason why this fair or mela is celebrated.

5. It Is Believed That It Cleans Your Sins:-

6. The Tradition Is Being Followed Since Centuries:-

The tradition that started because of the incidence of sea churning has been taken forward generations after generations and the four places are decided namely Ujjain, Haridwar, Allahabad and Nashik. The mela is held every third year and each of these places with every twelfth year being the decided time for a single place amongst these.