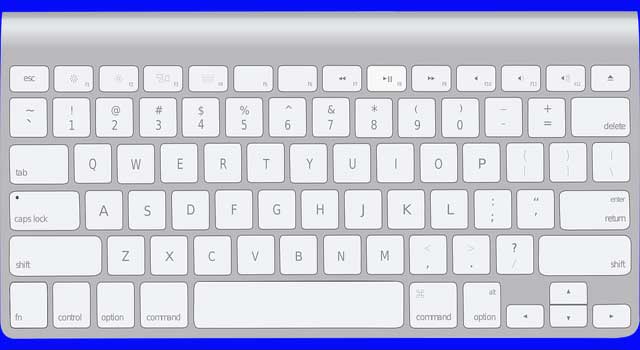 There are basically three kinds of keypads, the first one is an old version of keypads that we used to see with the initial small mobiles where one key was bought in use for three to four alphabets and a number ranging from 0 to 9. The second type of keyboards were the ones that included each alphabet written in a perfect alphabetical symmetry while the third one was qwerty keypad that we initially used to get with the keyboards of our laptops and computers, but soon with the arrival of smart phones, these qwerty keyboards took place of the other keyboards and now most of the gadgets that we use are based on keyboards arranged with qwerty system only. The reason why the keyboards are arranged with this QWERTY system can be explained as follows:- Why Keyboard Is Arranged as Qwerty

1. To have a better placement of fingers while typing:-

Some people say that qwerty was the name of the scientist who discovered the QWERTY keyboard but in actual, this is a false statement and it was Christopher Latham Sholes, who discovered the QWERTY style of typing. He made such an arrangement to have a better placement of fingers while typing after watching out which one are the consonants that use with a specific vowel making all the words easy to be typed.

After the QWERTY layout had been designed and implemented with the initially built typewriter devices, it was seen that it would make people type with a speed better than the DVORAK style of typing and thus there were more units produced with the same layout.

3. The traditional typewriters followed this system:-

4. The DVORAK system was less efficient:-

It was later on found that the DVORAK system was less efficient and thus the further production of computers followed this system of keyboards only. After when the laptops and palmtops were introduced, even they followed this tradition and carried it to the new age of smart phones.

5. It took time for people with the other typing systems:-

It was also seen that for mobile typing, the 12 key systems that included multiple alphabets destined to be typed with a single key would take much more time than the QWERTY system as there was a separate dedicated key for each character in this system.

6. The QWERTY keyboard can be taken as a set standard these days:-

Afterwards when it was felt that QWERTY system is more efficient, it was taken as a standard and these days approximately all the devices are built with QWERTY keypads taking it as a standard. QWERTY proves to be faster, reliable and a better way of working on any system and thus the keyboards are arranged as QWERTY.