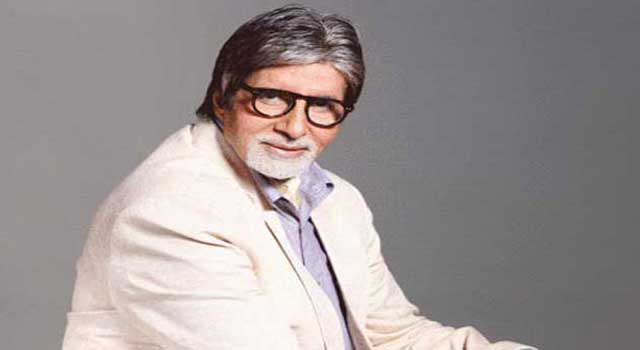 Being born to one of the most famous poets of his time Harivansh Rai Bachchan, Amitabh Bachchan is really a hero with flying colors. Giving dozens of hits in the time of his youth as well as the time when he has become a grandfather turning 72 in age, he is still acting like a perfect hero. The legendary actor has made his role in movies like Agneepath, Sharabi, Sholey etc. which proved to be the biggest hits of their time and the actor who was once struggling because of his height becoming an impediment to his career had become what people address as Big-B. There are various reasons why people address Amitabh as Big-B and some of these can be addressed as follows:- Why is Amitabh Called Big-B

1. Even the Stars Address Him Big-B:-

In Baghban the movie, there is a dialogue where Paresh Rawal calls Amitabh, “Mota Bhaai” which means big brother in Gujarati language. Not just in this movie, but there are countless examples of movies where the heroes have been depicted calling Amitabh Bachchan as their mentor and thus calling him their big brother taking short form as Big-B.

2. Probably Small B Is Reserved For Abhishek Bachchan:-

In the Bachchan family, Only Amitabh and his son Abhishek were the male members who had played their roles in movies, though even both of their wives and now even their grand daughter have successfully made their roles in the movies of Bollywood but the name Big-B was used to address big Bachchan or Amitabh and probably keeping small-B for Abhishek Bachchan.

3. The Movies That He Has Done Speak A Lot About This:-

The movies that Amitabh has done, speak a lot about his pet name “Big-B” in most of the movies he would be the main hero with supporting character being shown as his friend or brother. There are countless examples like Sholey the movie where Dharamendra and Amitabh were in lead roles while talking about the others like Bademiyan chotemiyan, Actor Govinda played a double role with him being depicted as a co-actor and his role was just like a role of big brother in most of such movies which is why people call him Big-B

Amitabh is an actor of the millennium and the roles that he has done also make him be addressed as Big-B to some extent. Even in the movies that he has recently done like Bhootnath, Shamitabh etc. He is shown as a buddy to a child in the former one and in the later one he has been depicted to be the supporting voice to a mute person. His role In the earlier phase of his life, like Sooryavansham the movie and other such movies prove to be an inspiration even for the recent coming actors who made Amitabh their mentor which is why they started addressing him by the pet name “Big-B”

5. Bruce Willis Even Once Said That Bachchan Is Bigger Even Than A Hollywood Star:-

Even Bruce Willis once said that Amitabh Bachchan is bigger even than a Hollywood star. He is an epic actor in true senses and his roles speak a lot about this. People addressed him Big-B first to show respect and then it became a kind of tradition with even the children these days calling him not by the name Amitabh Bachchan but Big-B.