Why Girl Education Is Important? – HowFlux
Skip to content 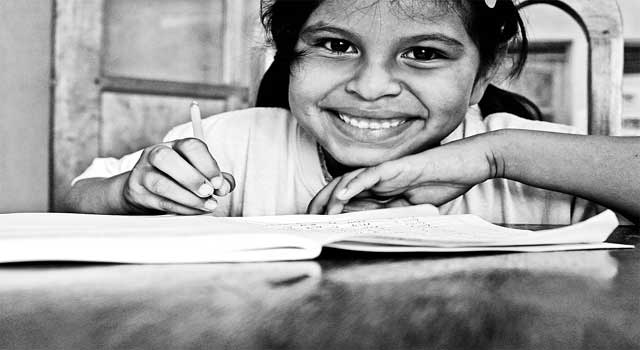 A famous person has rightly said, a girl is not born as a girl when she takes birth, but instead she is made a girl after arriving in this world. The difference is just physical and not emotional or moral at all. If given a chance, girls can prove to be even better than most of the boys of your knowledge and to have education, it is a right of all the citizens of a country, then why to keep girls deprived of it? If you still need a reason why should girls be provided with education, here we are mentioning the reasons:- Why Girl Education Is Important

1. Most of the Girls Are Limited to the Boundaries of Their House:-

First of all, let me tell you that the level of birth of a girl is less than the boys and most of them even if taken a birth are limited to the boundaries of their houses which gives them enough time for nothing but studies and thus at least education should be made compulsory and essential for all the girls.

2. Who Knows What Sort of Husband Will She Get:-

Somebody has rightly said that it is a girl who sacrifices even her parental name to become the pride of someone else’s house, but no one knows what a kind of person that man would be and thus it is better a girl should study and make her career act as a kind of shield to her future life being a support for her.

3. After Becoming A Mother, She Will Be Able To Raise Her Kids Even On Her Own:-

Someone has rightly said that everything might leave you, but the education that you have received won’t and hence your education is of a benefit even after you become a mother and even if your husband is found to be a drunkard or a man doing no job but spending money all on himself, you can still manage to bring up your kids on your own.

4. In Case the Family Meets a Financial Crisis, She Would Be Able To Take A Stand:-

In case the family meets a financial crisis, the educated girl would be able to take a stand both for herself and as well as her family in such a time. She would become an earning hand and take responsibilities on her shoulders even better than ever a son can be able to, which is why education is important in case of girls.

5. See the Generally Arriving Results and Make an Idea Yourself:-

Having a look at the trending results of various exams, you can yourself have an analysis that though being less in number than boys, the results of girls are always better than the boys and even the toppers everywhere are found to be the females only.

6. A Son Is A Son Till He Gets A Wife And A Daughter Is A Daughter Till The End Of Life:-

Well said that a son is a son till he gets a wife and a daughter is a daughter till the end of life. In most of the cases it has been seen that after marriage a son would become hen pecked and would serve as a puppet dancing on his wife’s fingers, but the girl though being the pride of someone else’s house now will try her best to take a stand for her family and thus education is the need of the hour for her upliftment.