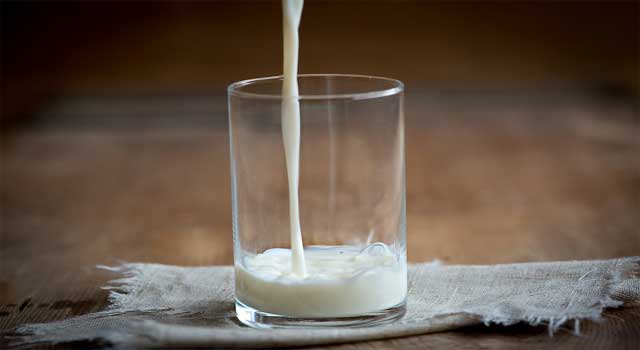 The Cow is an animal that has been continuously bought into use since time immemorial for the purpose of milking just like any other animal with the mammary glands to produce it. Just after the mother cow gives birth to a baby,this milk automatically starts milking out of her mammary glands and keeps on coming till the baby calf keeps on drinking it from her mammary organs. Allowing the calf to drink some of it, the milkmen generally bring the rest of this milk in use for the purpose of making sales or for personal drinking purposes, but it has been seen that this milk is yellowish in color unlike the buffalo’s milk and the reason for this can be depicted as follows:- Why Cow Milk Is Yellow

1. Milk is basically composed of fats added with calcium and water content:-

Talking About any form of milk, let it be cow’s milk or buffalo’s milk or goat’s milk or female camel’s milk or any other animal’s milk, all the kinds of milk are basically composed of fats added with the content of calcium along with the fasts and water content mixed together produced by the mammary glands. Any special changes to the formation can lead to the change of color or change which differentiates one type of milk from the other.

2. In cow’s case there is an excess of beta-carotene:-

3. Why Buffalo’s milk is not yellow:-

Beta-Carotenoid is also obtained from several vegetables as well. Some of us may hate the cow’s milk because of its yellowishness but the same group of people will relish the butter from some dairy which is yellowish again. This butter is added with Beta-Carotenoid to make it get yellowish in appearance.

Beta-Carotene is added to any other form of liquid let it be milk or any vegetable or fruit juice can change its color to yellowish. It is used as a coloring compound in many milk based dairy products and thus there is no harm in drinking cow’s milk and it is as safe as the buffalo’s milk is.