Why Capacitor is Used in Fan? – HowFlux
Skip to content 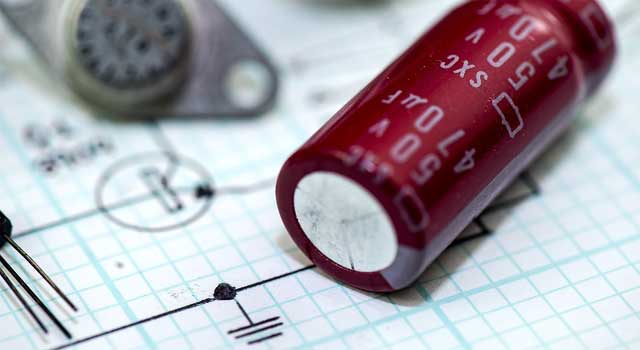 If you look at a general ceiling fan fixed in the ceiling of your room, you would watch out that there is a circular base with which the blades of the fan are attached and then upwards, there is a pipe that is connected to this circular base which makes the wire connections. Now inside this circular base with which the fan blades are connected, there is a motor and in order to make this motor functional, a small cylindrical cell like structure that we regard as a capacitor is connected. The usage of this capacitor in the functioning of a ceiling fan can be explained as follows:- Why Capacitor Is Used In Fan?

1. To Assist The Starting Torque And To Start The Induction Motor:-

The fans use capacitor operated induction motors, but as the entire apparatus has to be operated by a single switch, we actually use a continuous rating capacitor in series arrangement with the auxiliary winding so as to have a kind of backup for the motor to be operated.

Talking to engineer Mr. Akul Bansal, he says that the capacitors are used in fans to create two phases within the functioning limit of the motor. Now, as the motor is an induction motor, you can’t operate it simply by switching on the button with the circuit, but instead these two phases are mandatory which is achieved by attaching the capacitor.

3. To Increase The Capacity Of The Motor And Fan:-

4. There Are Two Capacitors, One to Start andthe Other to Run the Fan:-

Talking in general, there are two capacitors within every ceiling fan, one is meant just to start and stop the fan while the other is meant to keep it running. I told you earlier that two phases are created; well this serves to be the best way of dealing with those two phases.

5. As It Is An AC Motor, It Needs Rotating Magnetic Field For Which Capacitor Is Positioned:-

Now, let me tell you that generally all the ceiling fans that we use are operated on alternate current which means the current that keeps on changing its direction every now and then. The fan thus needs rotating magnetic field and the capacitors serve to be the best option to bring this with the motor for which we position them with the fans.

6. To Apply Voltage With Different Phases:-

Last but not the least, the fan motors need to be applied with voltage within different phases and for this purpose the capacitors serve to be the best option and this is the only reason why If your fan has got slow, either the fault would be found with the motor or with the capacitor, as simple as that.