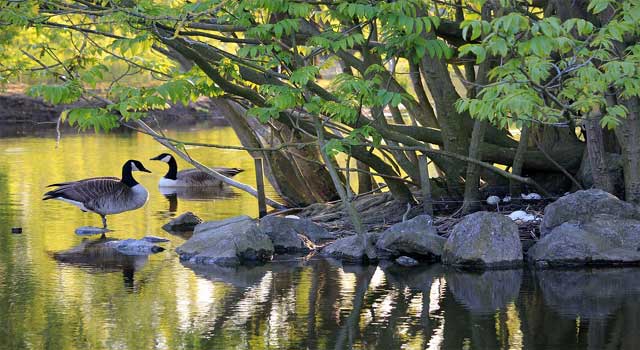 The presence of different kinds of animals, plants and birds that constitute the ecosystem and maintain a harmony and balance with it are known to constitute the term biodiversity and we often hear the fact that if this biodiversity is not bought into check and conserved within time, there would arrive a time when this earth will meet its end. There are many reasons behind this fact and some of these reasons have been explained by us here in this article. Why We Should Conserve Biodiversity?

1. The Species Are Getting Endangered:-

It should be best of your knowledge that the several species of animals and birds are getting endangered day by day and some amongst them are on the verge of extinction. If something is not done in order to conserve the biodiversity, one after the other every species will meet its doom and hence there won’t be life on the earth anymore.

2. It Is Essential To Maintain a Balance and Harmony:-

Biodiversity is the most crucial and essential part of any ecosystem and it acts as a chain to maintain the balance and harmony of nature. The smallest form of life on this planet is a single celled organism and each and every organism is dependent on the others directly or indirectly for its survival and hence there is a need for conservation of biodiversity.

If you have a look at the life cycle, you will find that each and every organism has some needs that are fulfilled by the other organisms and the changes that take place with this biodiversity are the ones that result in the evolution as well. If you wish for the evolution to keep on taking place, there is a need for sure to conserve biodiversity.

4. There Would Be No Evolution If There Is No Biodiversity:-

You must have heard of the fact that humans have evolved from monkeys and if there were no monkeys, there won’t have been any humans. Means each and every species can give rise to another evoluted species and thus there would not be any evolution if there is no biodiversity.

5. Even the Survival of Mankind Would Get Endangered:-

6. The Earth Will Meet Its Doom Again:-

Imagine if there are no birds, no animals and no trees, the existence of life will meet its end and even the earth will meet its doom like this with no animals to generate carbon dioxide and no trees to create oxygen. There won’t be a life cycle like this and the earth will get filled with poisonous gases that will make the earth have an atmosphere full of hard to survive gases like any other planet where life is not possible.