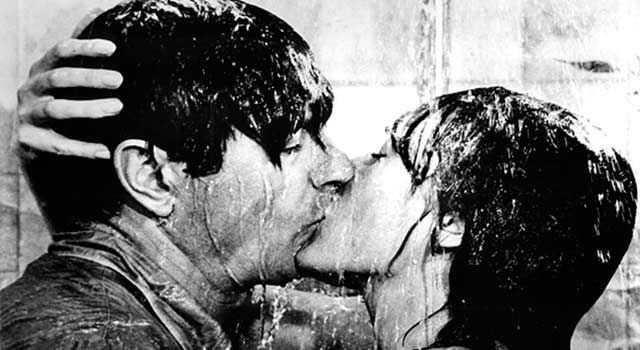 Romance is something that fills our heart with joy inexplicable and the Bollywood cinema is best known for it. In this article we are up with top ten romantic Bollywood movies that can be categorized as follows:- This movie that was released in 1995 in Bollywood cinema featuring Kajol and Shahruk Khan proved to be a mesmerizing hit and people like to view it till the date. There is a theatre in Mumbai that features this film continuously from nearly last ten years. The movie features an Indian boy and Indian girl, who fell in love. The chemistry between Shahrukh khan and Kajol made it a big hit and thus this movie has been put by us on top of this list. This movie was released in year 2000 and features various actors, including Amitabh Bachchan as the principal of Gurukul who is strict at rules, his daughter Aishwarya Rai and a music teacher in Gurukul, Raj K. Aryan who fell in love with his daughter and got expelled from Gurukul and now takes a pledge to fill the walls of Gurukul with love by means of his students. The love chemistry of him with his beloved and his students, namely, Jimmy Shergil, Who Falls In Love With Preeti Jhangiyani, Uday Chopra Who Falls In Love With Shamita Shetty And Jugal Hansraj Who Falls In Love With Kim Sharma. All these couples create a chaos in Gurukul and put forward a challenge before the principal, should love exists or not? This one is quite awesome movie and every sensible lover likes it. This movie was released in 1997 and depicts the contradiction within the moral values and culture of east and west. This movie is basically a love story and revolves around multiple people. The chemistry between Mahima Chaudhary, the actress and Shahrukh khan the actor makes this movie a must watch one. Amrish Puri, has been seen as Mahima’s father in this movie and the role is equally challenging in a true sense. The music of this movie is quite good and the love story is quite sensual. This movie was released in 1999 and became a big hit. “TAAL” means “RHYTHM” and is a musical one depicting the love story of “Manav” and “Mansi”. The role has been played very much excellently by Aishwarya Rai and Akshay Khanna. This movie was released in 2006. This movie depicts the love chemistry of “Kajol” and “Aamir Khan” who excellently played this role with dignity and patience. The love story revolves around a blind girl (Kajol) and her lover who is actually a terrorist (Aamir Khan) whose heart later on gets transformed. “JANNAT” movie was released in 2008 and the word means “HEAVEN”. This movie truly brings you in heaven of love. Those who love can even sacrifice their life. The Hero “Imran Hashmi” falls in love with a girl (Sonal Chauhan) and tries to make his own heaven on earth by entering into the business of gamble on cricket. Later on his love makes him leave all what he was doing, but the world of gamble does not leave him and ultimately suffers bullets. This one is a love story I really like. Jannat really inspires all the lovers to create a real jannat for their love. This movie was released in 2014 and is basically a story between love and hate. The villain ”Ritesh Deshmukh” keeps on killing all the women to end his frustration, he is basically a misogynist and the hero, Siddharth Malhotra who was a bad boy earlier and gets changed after falling in love with a girl,” “Shraddha Kapoor” who later on takes his revenge from the villain who killed his beloved. The story is action packed along with emotions and can really make you cry. The movie was released in 18 July 2014 and resembles the situation of a girl who has to live in a very pathetic condition because of the villain of the movie who kills her boyfriend even. Later on she takes the revenge from the villain with the help of Villain’s wife. The movie depicts how strong a women can be and this is a must watch love story for all. This one is a love story of a habitual drunk singer (Aaditya Roy Kapoor) who sacrifices his everything to bring out the singer from the girl he really loved (Shraddha Kapoor) and then feels UN relaxed with the comments of the world. The jeopardy of a drunken man and his lover is the main point that brings emotions in viewers and makes them cry. This movie is a must watch for those who seek counseling about love. This movie was released in 2008 and is the story of a common man “Shahrukh Khan” who unfortunately has to marry a girl,” Anushka Sharma” and takes all of her responsibilities. Now both have become husband and wife, but there is no romance or love among them. Now the guy takes a stand to win the heart of his wife by trying to impress her by winning a dance competition. This one is a real love story in true sense and thus we have added it in top ten romantic movies, rather this one is a must watch for all.