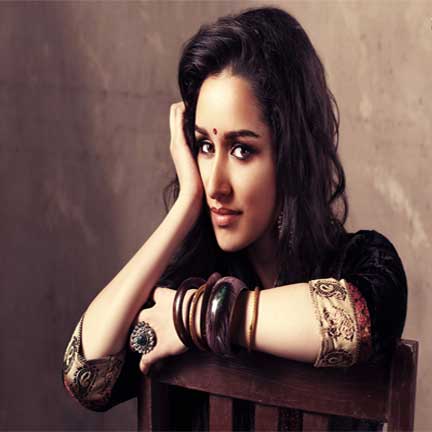 Bollywood is full of actresses that can make you go nuts within a single smile. In this article we are up with the top ten actresses of Bollywood that have achieved a great success and have a record of great box office hits and the names of these sensations are as follows:- Deepika has given many big hits like Chennai Express, Om shanti Om, Chandni Chowk to China, Race-2, Yeh jawani hai deewani etc. In 2014, she played a great role in the movie,” Happy New Year”. This actress is best known for her bold roles. She played an unbeatable role in “Love Aaj Kal” and “Cocktail”. She comes with a new character every time in her movie like in Chennai Express she played the role of a south Indian girl and in the movie “ Ramlila, Goliyon Ki Raasleela” she played a fantabulous unbeatable role that can make anybody feel complexes. Jacqueline is basically from Sri Lanka, where she won the Miss Sri Lanka universe pageant and then she had got various working offers in Bollywood movies. She has worked in various hit movies, including ‘HOUSEFUL , with an item song” dhano” HOUSEFULL-2 as an actress and in other hits like “murder-2 and recently she was features in a movie “Roy” with an inexplicable role that no one can do so boldly. Sonakshi Sinha, The daughter of actor “Shatrughan Sinha” is better known for the hits she made. Every actor wants to work with her because of the success her films get. Sonakshi has done various hits including “Dabangg and Dabangg-2. The other movies that she played a role in including “Rowdy Rathore and Holiday proved to be a hit. Her newest hits include “Tewar” and “R-Rajkumar” has really mesmerized the movie viewers. Parineeti is known for her bold roles in the movie “Shudh desi romance” and “Ishakzaade. She has provided various other hits, including “Born to Hate”, “Ladies v/s Ricky Behl” etc. Her movie “ Shuddh Desi Romance had successfully earned rupees 46 cores at box office. Shraddha Kapoor is the daughter of actor “Shakti Kapoor” and has done various appraisable roles like she did in “Aashiqui-2” and like she did in “Ek villain”. Her role in Teen Patti” with Amitabh Bachchan” proved to be just a start, but her role as “Aarohi Keshav Shirkey” in “Aashiqui-2” totally made viewers go overwhelmed with her roles and people started addressing her with the name ,” Aarohi” only. She is an actor as well as a singer. She has given various hits, including ”Andaaz”, “ Mujse shadi karogi”, ”Aitraaz”, ”Blackmail”,”Yakeen” and the last two movies of “KRRISH” series. Her song “Exotic” that was released in 2013 made everybody chew their finger under their jaws. She has done various challenging roles including her role in movie”Barfi” and “Agneepath” etc. This actress is known for the beauty she does every role with. Take any of her movies, let it be,”P.K” or let it be “ladies v/s Ricky behl” or any other like” Band Baja Baraat” all of the roles she did had been done with equal beauty and sincerely. I don’t know what type of infatuation I have for this actress, but whenever she looks in eyes of some hero, I really feel that no other girl can have such innocence on her face. Her role in the movie”NH-10” has proved to be a breathtaking and hard to perform role that no other actress could do with such a great energy.

This actress who came from “South” and made her career in Bollywood is my personal favorite. Her role with actor “Shahid Kapoor” in the movie” Phata Poster Nikla Hero” was really appreciable. No other actress could do the role so whole heartedly.