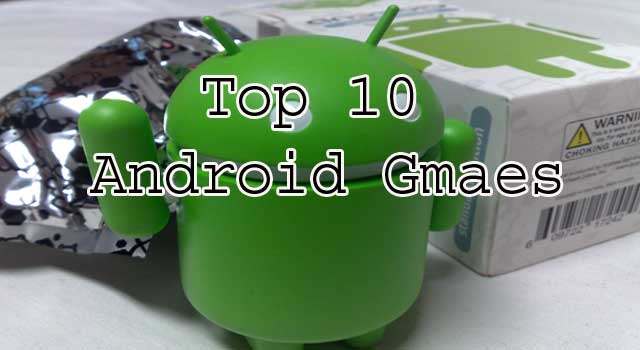 The experience of gaming can be best experienced on a graphics enabled device. The 3D animation effects and brilliant sound quality has bring about a revolution in gaming and the modern android devices that come equipped with ultra fast processors and sensors make gaming experience, a breath taking experience. In this article, we are up with top 10 such games that have spell bound the android gamers which are as follows:- Top 10 Android Games in the World

The gamer in this game has to surf the trains with his surfboard collecting coins and powerups. Each power up increases your power. There is a daily challenge that helps you earn more coins. The coins earned in this game can be used to purchase the gaming stuff including new gaming boards, dresses, powers and new characters. But remember to beware of the inspector and his dog, with every stumble you make, the inspector will come closer and try to catch you. The game is the best from kilo attracting gamers of all the ages.

This one is the best from GAMELOFT, a company known for its best gaming experience. This one is a power packed action game in which you have to guide your character to shoot the third parties and keep on upgrading your weapons and abilities. The texture, sounds and effects of this game are simply awesome and thus this one is amongst the top ten of our list.

This one is a game from Disney that is the best played among the temple run fans. The player has just to keep on jumping while running and to sleep down the tunnels and broken trees. But beware of the dodging enemy and the downfalls ahead. The user collects coins while running and climbing the parachutes reaching his destinations jumping and swirling. The collected coins can be used to purchase powerups to use in further plays.

As the name suggests, this one is a zombie game full of adventure, thrill and entertainment. Those who are fans of zombies (the walking dead) must download and play this game. The game is a power and action packed and thus is amongst the top ten list prepared by us.

this one is an action, adventure and effects powered game in which you have to kill aliens that do not leave even a single chance to kill you. You have to make the character walk through different cabins with a revolver in your hands by which you can shoot anything suspected in your way. Thus killing aliens and making your way, you have to complete the game picking up the Rifles and collecting the points. This one is a power packed game for action lovers.

This one is a game for space lovers. Miles, a boy from tommorowland has to explore the planets from the list and he has to jump above the craters and fly and swirl from the space bergs. But remember to beware of craters and space burns. Miles even has an ostrich that comes to help him and a beautiful sister Loretta who helps him in his missions. This one is a great game for kids and teenagers and space lovers.

This one is a space gaming version of angry birds from ROVIO. The game is based on planet related levels and puzzles that make you use your entire brain power in one go. This one is a brain teaser game and thus has become very popular amongst the players of all ages.

This one is a simple cricket game that makes you enjoy the cricketing experience within a single device. You just have to face multiple balls coming towards you with a stick in your hands and smash them hard with it. This one is liked by the cricketing fans as well as the regular gamers of all the ages.

This one is the last amongst our list of top ten android games, you don’t have a scrolling pad icon in this game but instead you have to keep on jumping up the barriers ahead. This one is getting popular amongst all the age groups specially the minor ones.