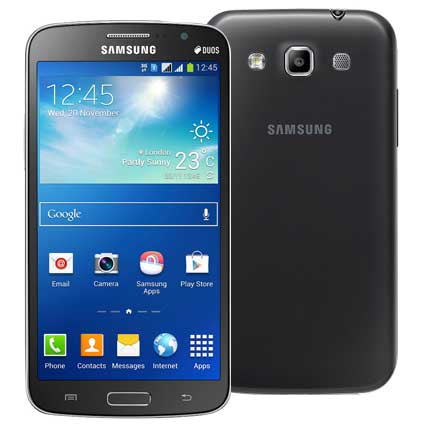 The Samsung galaxy grand was announced to be launched in December 2012 but was released in January 2013 with a technology support of GSM as well as HSPA the phone is the best from Samsung that everybody enjoys to work upon. the phone comes up with an OS android V4.1.2 (jelly bean that is upgradable to V4.2.2 ( jelly bean and a central processing unit of dual core 1.2 GHZ cortex A-4 and a G.P.U of broad com video core IV. The Bluetooth used in this phone is of V4.0 A2DP, EDR, LE and there is a G.P.S that is the A-G.P.S. glonass and a stereo F.M radio with R.D.S and a micro U.S.B of version2.0. The phone supports the other features also like the Bluetooth tethering etc and comes up with a brilliant sound quality and the best application downloading features. The phone is a WI-FI enabled one that makes the phone to be used with a WI-FI connect switched somewhere around your location.

The Samsung galaxy grand comes up with a primary camera of 8 mega pixels ( 3264×2448 pixels ) and supports the features like the auto focus or geo tagging or the touch focus or the other features like the face detection and the smile detection. The secondary camera is of 2 mega pixels .The video quality is of 1080p @30fps and the stereo sound quality makes it a dream come true for the purchasers.
The phone comes up with a LED flashlight that makes the pictures even better in resolution and can be clicked even in dim light with a better resolution. The torch application from the Google play store can be downloaded to use the flash light as a torch.

The phone comes with an internal memory of 8 G.B. and a RAM of 1 G.B. but the memory can be extended with micro S.D. card that can be up to 64 G.B. The phone supports java with java MIDP emulator and comes up with a HTML5 browser. The phone operates on a 2100mah LI-ION battery that has a talk-time up to 10 hours and 10 minutes. The phone is available in black and white colors.