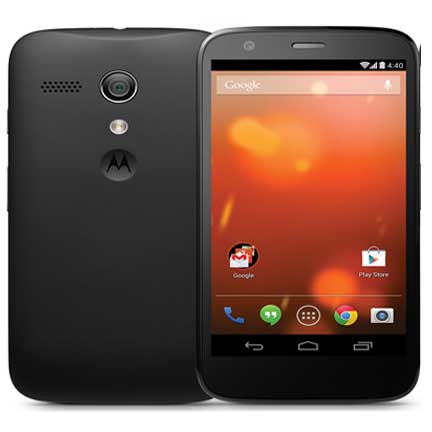 The MOTO-G, being the best from Motorola is the gadget that fulfils the needs of everybody including the better screen resolution and a better operating system along with the other features that come handy with the phone. The phone comes up with a non-removable LI-ION 2070MAH battery that is able to provide an excellent back up to the phone. The new MOTO G was announced and released in November 2013 and is available in the market as MOTO G FORTE with MOTO G GRIP and with a shell back panel. The technology used in the phone supports GSM/CDMA/HSPA /EVDO technology and the phone comes up with a dimension of 129.9×65.9×11.6mm (5.11×2.59×0.46inches). The phone weights about 143 grams and comes up with a micro SIM card with an IPS LCD capacitive touch screen with 16MCOLORS.

The size of the phone is about 4.5 inches and the phone come up with a resolution of 720x1280pixels. The phone is a multi-touch one and comes up with a protection of corning gorilla glass 3. The back front panel of the gadget is available in seven colors that the user can chose from and there is an html5 browser that comes pre-installed in the gadget.

Sensors In The Gadget:-

The gadget comes up with the powerful sensors like the accelerometer sensor and the compass and the proximity sensor that make it a highly sensible and smart device to purchase and the phone becomes an ultra smart one. The gadget comes along with a stereo F.M radio and micro USB of version 2.0 with a USB host and java mid p emulator. There is a WLAN WIFI pre installed in the phone of version 802.11 B/G/N with hotspot that makes the phone an ultra smart one.

The phone comes with an operating system of android version 4.3 jelly beans that is upgradable to v5.0 (lollipop) and comes along with a chipset QUALCOMM MSM8266 SNAPDRAGON 400.
THE Central Processing Unit used in the gadget is of QUAD CORE 1.2GHZ cortex A-7 and the G.P.U used in the phone is of ADRENO 305 but there is no memory card slot in the phone. The phone comes equipped with A50GB cloud storage with the GOOGLE drive and there is an internal memory choice of 8/16 GB and there is a RAM of 1 GB that comes with the phone and makes it and ultra faster device.

The phone comes up with a video quality of [email protected] and a stereo sound quality and HDR, There is a secondary camera of 1.3 mega pixels and there is a 3.5mm jack in the phone. There is a WLAN WIFI 802.11B/G/N that comes along with a hot-spot and there is a Bluetooth also of version 4.0 A2DP. There is a-gps type global positioning system chip installed in the phone that makes the tracking even easier and there is java compatibility with JAVA MIDP emulator in the phone. With this much choices and facilities, the MOTO –G is a phone made for everybody’s needs.