Why Mother Teresa Got Bharat Ratna – HowFlux
Skip to content 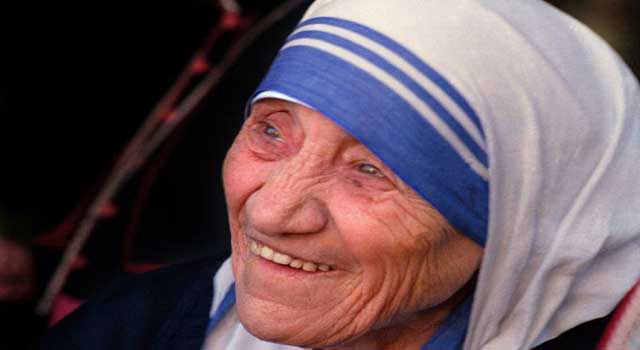 Bharat Ratna is an award that is given in India only to the true patriots who have proved to be a gem or a pearl for the nation and though mother Teresa was not an Indian, still she got Bharat Ratna not because of any approach but because of the work that she did being here. Bharat Ratna is an award of achievement that even the most of the Indians just dream of and can’t even dare to achieve. So what was such in thus woman that she achieved this award even without asking for it? Let’s discover this out. Why Mother Teresa Got Bharat Ratna

1. The introduction of Mother Teresa:-

Mother Teresa was born on august 26th 1910 and died on 5th of September 1997. She was aged nearly 87 in an age when she met her death and her death took place in India in Calcutta part of it. She was actually a Roman Catholic nun who truly stayed truthful to her profession till death.

2. The Mission That Mother Teresa Started In India:-

She started the Missionaries of Charity mission here in India that seeked to take care of those who were not having money with them. Those who were sick and those who were homeless or without parents or guardians. She started her mission in Calcutta and soon a whirlwind of achievements was brought forward by her serving the people and saving their lives.

Bharat Ratna or the pearl of India is actually an award meant for Indian pearls, but despite of being a catholic nun, the way mother Teresa looked after the Indian people made her be remembered as a true pearl of India and thus she was given the Bharat Ratna award in 1980.

4. The more this mission expanded, the more she became known:-

Under the leadership of mother Teresa, soon the mission reached the other parts of India and even the other countries, making her be known to the entire nation as well as the other nations and the ministry of this mission kept on getting expanded like this. She soon got famous as an advocate of poor.

She has also been given the Nobel peace prize in 1979 for the help and dedication that she showed towards the needy. She was a mother in true senses as she could never see the pain of any crying child and provided every sort of hospitality for the homeless fellows.

6. Even B.R Ambedkar has been ignored to give mother Teresa this award:-

Some of the thinkers and people related to this topic say that even Dr. B.R. Ambedkar had been ignored in order to give mother Teresa this prize as it was her who had served not a single part of the nation, but the entire nation along with the poor and homeless that one generally ignores.