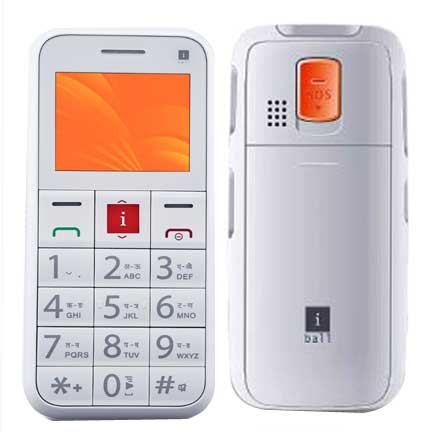 With the growing age of a person, his or her eyesight gets week and he or she is just able to recognize the things that are larger in size or can be felt physically, but while there is a plethora of new phones coming with all those spelling bound features for the business class and the teenagers, there is a lack of phones for senior citizens. What The Category of Senior Citizens Needs ?

The category of senior citizens even needs something specially made fro them that solve the problem of generation gap and indifference from the others. Often it is seen that despite having a separate phone for him, a grandpa is always asking his grandson to call someone in their relation from his own phone as he is not able to see the contact, thus there comes the need to invent a phone that includes larger fonts and larger dedicated physical buttons that make the phone easier fro the senior citizens to call anybody or to receive the calls from anybody.

Is There A Phone That Is Specially Made For Seniors ?

The new IBALL AASAAN 2 was launched in December 2011 and Price about 2099 and is a fully senior citizen dedicated phone according to me as it comes along with a screen that is easier to read then the others as well as has a bit larger fonts and large buttons with large numbers in its body that makes it easier to read for the senior citizen. Moreover, the 1000MAH LI-ION battery makes the phone last longer without charging and the phone can be operated for quite much time on a single charge.

Features of The New Iball Aasaan2 :-

The phone supports the music playback and comes along with added storage options. There is a dedicated hardware button in the headset and moreover the battery backup is also excellent and the user can use the phone for two to three days continuously without charging it in between.
There is a torch option given in the buttons that can be used by them in just one press and proves to be an excellent application of phone for the senior citizens as they can use the torch light in dim light or while at night. Moreover there is a dedicated SOS call button that can be used with five user’s present numbers and to play a siren sound. There is an emergency call option and the user can set the dedicated keys to call his or her relatives and set them on particular number to call them. With all the features that come handy with the phone, the phone comes to be an excellent invention for senior citizens as it has the larger fonts and larger buttons that are user friendly and are easier to be recognized from the eyes of a senior citizen.