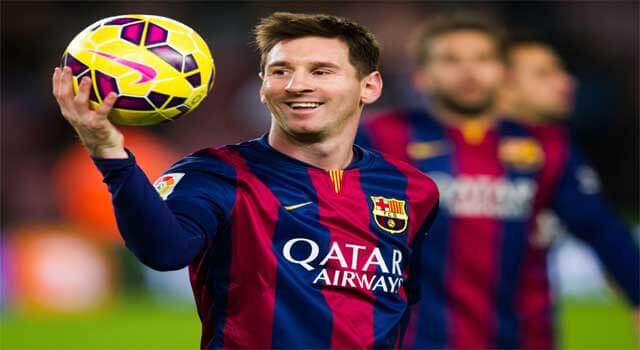 Lionel Messi being a famous forward playing footballer who plays for the club Barcelona and the Argentina National Team is thought to be better than Christiano Ronaldo who plays for Spanish club Real Madrid and the Portugal national team. There are several reasons supporting this reason, but in actual I would say that both the players have an epic role in its own senses in the world of football tournaments, but if we try to make a distinction amongst both the players, Messi can be taken better than Ronaldo and the reasons for this can be explained as follows:- Why Messi Is Better Than Ronaldo in Football

Messi’s initial acceleration is what makes him better than Ronaldo and other such players with better speed and stamina while playing. He can dribble the ball with awesome ease that makes the audience become a fan of him. Not just he pretends to be quick but as a forward playing member of the team, he is always better in his initial acceleration.

Believing to the observers, Messi is a better player as he is highly innovative in having ideas and decision taking. Comparing both the players, Messi is found to be better than Ronaldo in terms of creativity and thus he takes a better vision of his surroundings working upon a better strategy getting the ball to best possible place.

3.  Knows better how to make defense:-

Now just making the goals is enough while playing football, but a better player also knows how to make a better defense while playing and this can be seen better in case of Messi than in case of Ronaldo. Ronaldo plays away from the ball and is weaker in terms of defense than Messi, what makes Messi be regarded better than Ronaldo.

4. A better leader and team captain:-

Messi is a man of discipline what is seen even in his matches while he is playing. The issue of cards for breaking discipline while playing is common in football tournaments and if we have a look at career of both Messi and Ronaldo, Ronaldo has been issued with more cards of default than in case of Messi what makes Messi be regarded better than Ronaldo in terms of discipline as well.

Messi knows it better when making a pass and to which player he has to make a pass. This keeps the team mates even more active than they normally can be and this makes the team have coordination along with cooperation that is ideal for winning any sort of match.