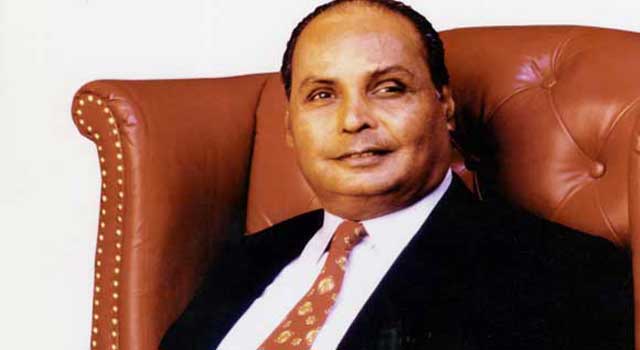 In this article, we have come with top most entrepreneurs of India that have become an inspiration for all including the inspired youth and growing business persons. We have not made the list on basis of living or dead, but we have concentrated just on the people whose names have been inspiring everybody ever for their achievements. This man used to sell bhajias to the pilgrims at weekends that might appear a shameful job for most of us and later on did a miracle by emerging as the creator of India’s largest private sector company by founding Reliance Industries in 1966. He is the owner of Reliance Power, Reliance Capital, and Reliance Capital etc. He passed away on July 6 2002 and I will truly call him the best entrepreneur of 20th century.

This man is an entrepreneur of true senses. He is one of the six co-founders of “Infosys” India’s largest information technology company. He is known for his contribution to I.T industries and M.N.C’s. Because of this man only the emerging B.P.O’s are providing their service today. This man not only has contributed to the B.P.O’s but has contributed a lot in engineering, technology and business corporations.

This woman business tycoon is really a miracle. She is the M.D and C.E.O of India’s largest private bank,” ICICI Bank”. She is married to Deepak Kochhar who again is a business entrepreneur of wind energy field. She is known to be the most powerful women business tycoon and the tag is true in all senses.

She is 56 in age and is serving as the CFO and chairmen of PepsiCo, which is one of India’s largest food and Beverages Company. She even has achieved the Padam Bhushan award that has been awarded to her for her business achievements that makes young strugglers take inspirations from her name.

He is really an entrepreneur in true senses. He was awarded Padam Bhushan award for his achievements in business. He is the former Chairmen and Founder of the Bharti group. This company provides its services in telecom industry, insurance services and fresh foods services, etc. that has made this company emerge as a fast growing one amongst the race with others.

He is the chairmen and CEO of Arcelor Mittal and is co- owner of Karrick limited and Queens park ranges F.C. This man is known for acquiring and turning around the sick steel mills of India. He is known as the steel king and people new in business like to take inspiration from his name. This man I will call a business man in true senses.

He comes amongst the list of top educated entrepreneurs. He studied from B.I.T.S and moved then to California for further studies. There he joined hands with Jack Smith and became the co-founder of hotmail.com which was later sold out to Microsoft.

He is known as the Bill Gates of India. He is the former chairmen of Wipro Technologies. Wipro Technologies is one of the topmost Software Corporations of India. In very young age, he had taken over his family business and then proved to be an enthusiastic business tycoon to take inspiration from.

This man is the chairmen of United Breweries, which is the 2nd largest drinks conglomerate in the world. He owns an I.P.L team, Formula one team, and is the owner of kingfisher airlines. He is best known for his lavish lifestyle and power packed business running attitude.

This man is known to pioneer low cost travel through airways. He entered in the airlines business with a motive to make air travelling a cheap means of accommodation. He is the founder of air Deccan which he founded in 2003 which later merged with Kingfisher airlines.