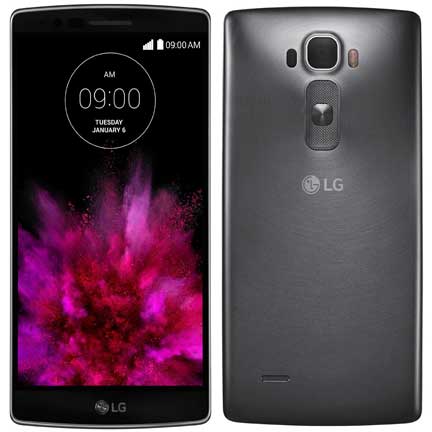 The LG G Flex 2 also known as LG H955 (EMEA), LG LS996 (Sprint), LG H950 (AT&T) is a smart phone with multiple benefits and is simply the best from the house of LG. It was scheduled to be launched in January 2015 and was launched in February 2015. The LG G Flex 2 operates on GSM / HSPA / LTE technology and comes with Dimensions of 149.1 x 75.3 x 7.1-9.4 mm and weights about 152 grams approximately. The LG G Flex 2 costs about rupees 55,000 only and comes with a curved body and display and operates on a micro-SIM card and a Self-healing back panel coating that gives added benefits to the customer. The LG G Flex 2 comes equipped with a curved P-OLED capacitive touch screen with 16M colors and is 5.5 inches. The phone comes with a resolution of 1080 x 1920 pixels and is a multi touch one. The phone covers the protection standards of Corning Gorilla Glass 3 and a powerful Android Operating System of version 5.0.1 (Lollipop type) and a Qualcomm MSM8994 Snapdragon 810 chipset plus a Quad-core 1.5 GHz Cortex-A53 & Quad-core 2 GHz Cortex-A57 Central Processing Unit and a GPU of type ADRENO 430. There is an option to update the software in the settings that can be used later on to update the system software if later on some higher version of operating system is released with this device.

The LG G Flex 2 comes equipped with a memory card slot that supports a micro-SD card up to 128GB and an Internal variable 16/32G.B memory plus a powerful RAM of 2/3G.B that enhances the power of the phone and makes it an ultra smart phone.
The phone supports a primary 13 MP camera with 4128 x 3096 pixels resolution and other features like laser autofocus, optical image stabilization, dual-LED flash, etc.The phone supports Simultaneous video and image recording and other features like geo-tagging, face detection, panorama, HDR, etc. and video [email protected], [email protected], HDR and stereo sound etc. There is a 3.5mm jack and a Secondary 2.1 MP, with a resolution of [email protected] and supports mp3 as well as vibration alerts as well.

The LG G Flex 2 comes equipped with a WLAN Wi-Fi 802.11 a/b/g/n/ac with dual-band and others like Wi-Fi Direct, DLNA and hotspot features. There is a powerful version 4.1 Bluetooth of type A2DP, LE, and a GPS with A-GPS, GLONASS and an infrared port as well. There is a micro USB version 2.0 (Slim Port), USB Host plus the sensors are really powerful as well. The LG G Flex 2 comes equipped with sensors like Accelerometer, gyro sensor, proximity sensor, compass sensor and supports Java via Java MIDP emulator. There is an ultra lightning fast HTML-5 web browser in the phone that boosts up the browsing speed. There is a Non-removable Li-Po 3000 MAH battery that supports fast battery charging about 60% in 30 min with Quick charge facility added. The smart phone is available in a variety of colors including Platinum Silver and Flamenco Red as a choice. Overall usage experience is really good and the 3000 MAH battery itself is a great power supplier to it.