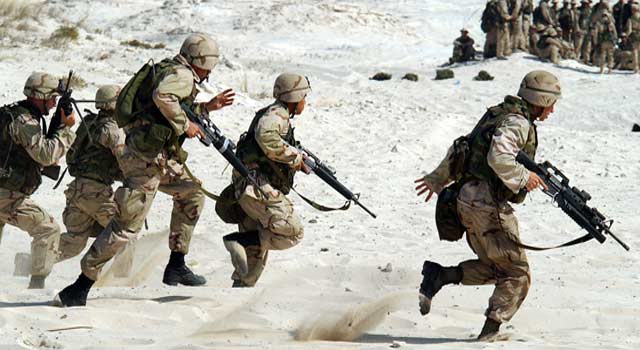 The Indian army was founded on 1st of April 1895 with a motto “service before self” and currently 1,129,900 personnel are actively connected with it and 960,000 reserve personnel are serving with it. It is a part of the ministry of defense and Indian Armed Forces. The headquarters of the Indian army are located in New Delhi and the official website of Indian Army is www.indianarmy.nic.in How to Join Special Forces of Indian Army

Functioning of The Indian Army:-

The Indian army is the land based force of the country that is trained and qualified enough to protect the borders and the other areas of the country and save it from the intruder attacks. The prime minister of India is the de jure commander in chief of the army while the de facto leadership lies within the hands of the ministry of defense.

Operations Done By The Indian Army:-

The Indian army has successfully completed various operations, including the “first war of Kashmir”, that was fought in 1947 and the annexation of Hyderabad in 1948. Not just a few operations, but Indian army has been successfully protecting the country accomplishing its missions like the Sino-Indian war, the Indo-Pakistan war of 1965, the operation against Naxalites in 1971, the Bangladesh liberation war in 1971, and many others like the siachen conflict etc. Indian army has abundance of war crafts, tanks, missiles and other war machinery. One gets filled with patriotism and pride for the mother earth, seeing the sacrifices made by these soldiers for their motherland.

Why Do I Need To Join Indian Army?

If you are born with a warm blood and are brave enough to face touch situations, have the guts and willpower to serve your motherland, want a service job that pays you besides providing you the prestige of a patriot, you need to choose to go to the Indian Army. The officials in the Indian Army are trained enough to survive in the extremities of weather and to cope up with extreme situations.

If you are a graduate from any stream with good marks, you can go for the combined defense services or CDS exam that is taken twice a year on the basis of your bachelor’s degree by UPSC qualifying which you can go for the SSB exam qualifying which the concerned department calls you for an interview and you readily join IMA or Indian military academy that trains you to serve as an army official but remember, the degree should be a U.G.C recognized one and the qualifications are made on the basis of the cut off lists. You should be 19 to 24 in age in order to go for the C.D.S exam. You can even go for a special N.C.C entry if you have a B or C grade certificate in exam taken by the army officials that come in N.C.C exams.

What I Get Joining Indian Army?

You even get a reserved quota, especially meant for the military person that benefits them in certain ways. I will advice you to keep on checking the website of the Indian Army that I provided you in the beginning in order to know more about the important dates and other information regarding the same.