How to Do Visual Comedy – HowFlux
Skip to content 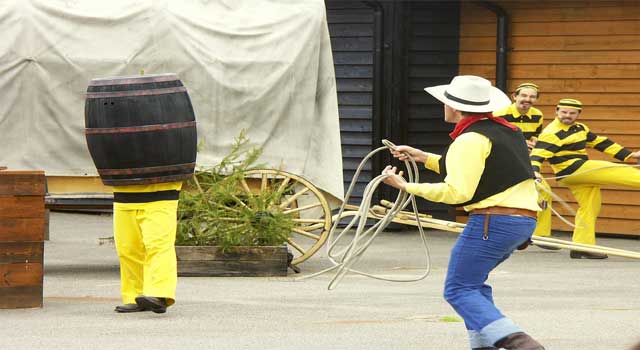 Anything or any phenomenon that is displayed on screen with the help of visual scenes and characters conveying its humor visually is known as a visual comedy. Often in such types of comedy, even words are not used and it is all based on scenes depicted on the screen. The humor is bought forward with alternative interpretations of the things going on. These are often related to0 magic, plays, television and even to depict some social crime. If you are thinking to use visual comedy as a method of depicting what you wish to depict on screen, you may choose to go for the tips that we are mentioning here:- How to Do Visual Comedy

1. First Of All Enrich Your Skills:-

In order to do visual comedy, first of all you will need to enrich your skills with all what this field takes. You will need to develop both guts as well as qualities. The jokes that you use in your comedy should not be vulgar and instead should be rejoicing as well as mood boosting.

When you have chosen to go for a silent comedy, you don’t have to speak anything and thus what speaks for you includes your impressions as well as moves. You should learn to use all the resources that you have got in a better way so as to take a visual comedian out of yourself.

Now just improvement of inner skills is important but the outer skills like scene creation and skin modification etc all are an important part of a visual comedy. Suppose you have to make use of your own shadow to depict something, you should exactly know the position in which the light should be made to fall so as to give that effect.

4. Bring Magic Out Of nothing:-

A good visual comedian is the one who exactly knows how to take magic out of nothing. Suppose you have no resources, no scene modification and not even the co-comedians to support yourself and you are standing alone, if you can fulfill your job in such a condition, you can say that you have become perfect in a visual comedy.

6. Watch out Mimes for Silent Comedy:-

There was a scene that I was watching yesterday. Two girls were lying on the floor in such a way that it looked like there is just one girl and that the single girl has got four hands. I got amazed and then I tried to look and find out what is strange about the scene. I found out the presence of two girls after deep concentration. I would recommend you to watch out mimes, silent plays and comedies so as to have a better estimate how visual comedy can be done.