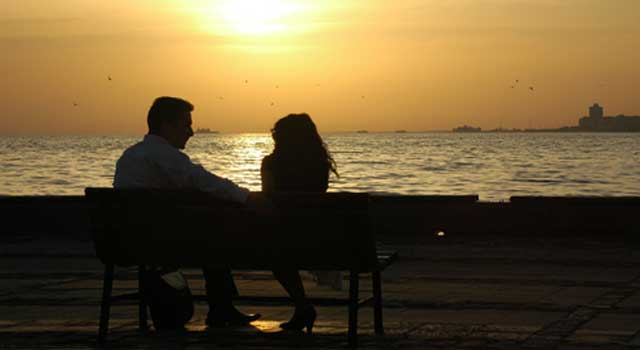 The affair that includes emotions is known as an emotional affair. In general, most of us get indulged in a particular relationship either because of physical attraction or beauty, but emotional attraction is somewhat different from all this in a way that it is related to emotions and not the short lived beauty. This kind of affair is full of innocence and it keeps you thinking about each other more than thinking about each others physical appearance.  Though there is still a space for hugs, kisses and teasing in this relationship as well but it is far much pious than the other such relationships which are more full of lust rather than being full of love. Emotional affairs begin when you start sharing secrets, dreams and fears with another person. When you are going through a bad time and someone else brings a shoulder of support for you, you are much likely to fall a prey to the emotional infatuation that in turn results in an emotional affair.

2. You Fall a Prey to Care and Attachment:-

Emotional affairs begin when you fall a prey to someone’s unexpected care and attachment. Let me tell you a relevant example of this situation from my own life. A few weeks back, I had a fight with my wife and when I moved to the office, I had tears in my eyes. There is a female co-worker who saw me crying and she started talking with me. She calmed me down and soon we became good friends. Even she started sharing her views with me and soon we became friends. We are in an affair from last two months now as she proves to be an option for all what my wife fails to give me. Similar cases can happen to anyone making them get indulged in an emotional affair.

A sincere talk always ends in friendship and when you start sharing personal grievances with someone, you are sure to get closer in one way or the other. The more you come closer, the more you get attached and ultimately it results in an affair and even a physical relationship.

Some people who either experience homicidal cases in their house or if the environment of their house is not suitable for them, they start sharing their secrets with a friend in their contact and such people always have an urge to try running from their life which makes them get indulged in a relationship or an affair with someone else.

5. Start as a Normal Friendship but End in an Affair:-

Most of the emotional affairs begin as a normal friendship but they end with an everlasting affair. Such a person bounds in no boundaries and they listen to their heart more than mind. The other person in their life seems better than the person whom they are married or engaged with and thus to have an affair does not seem wrong to them in such cases.