How Do Bees Communicate with Each Other - HowFlux
Skip to content 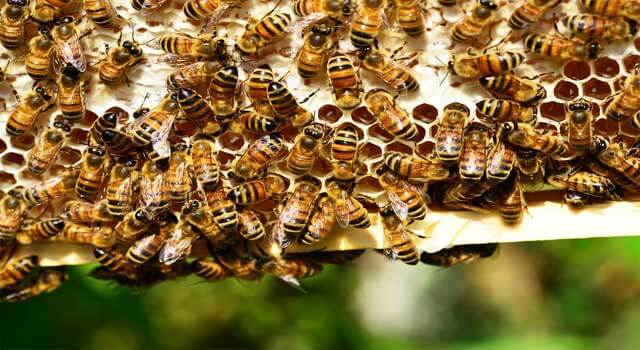 Bees are the tiny small insect like creatures that help in pollination of flowers and make honey after collecting the nectar from them. The variations of color in flowers is also partially due to these pollinators only, but the fact that how these creatures communicate is not known till yet and to answer the same, you may choose to go through the further lines that we are mentioning here so as to make yourself familiar with these honey bees. How Do Bees Communicate

One Is the Queen While Others Are the Soldiers:-

Within every swarm of bees, one bee is the queen bee that never goes for working and always rests in the hive while the other bees go for work collecting nectar from flowers and make honey out of it and help in pollination. Now, suppose a worker bee comes to know about some source of nectar, pollen or anything else that bees need as a raw material, the bees will reach their hive with that information, and to spread this information to the other bees, two methods including the chemical method and the choreographic method are followed. These both methods have been explained by us in details through the further lines. The both methods are generally followed for the communication within the swarm only.

One of the communication strategies followed by the bees for communicating with each other is the chemical communication. The bees eject pheromones which is a kind of chemical scent that the animals make in order to trigger behavioral responses from the other members of their species and same is the case with bees as well. Even the queen bee is also capable of producing this pheromone and thus it helps her to regulate the activities of the entire swarm and helps the rest of bees to make communication as well.

You must be aware of the word, “choreography” this relates to dance and when I say that bees communicate through choreographic communication, even it means that the bees are dancing in order to communicate with each other. Bees use this fascination method for communication with each other. There is a series of dances that the foraging workers perform while returning to the hive with nectar, pollen and water. You may take it as an epitome of happiness that the bees experience when they come to know about these products and then these bees start dancing on the comb using certain patterns for the same. The round dance and waggle dance are the two kinds of choreographic dance patterns followed by the honey bees so as to communicate with each other.