How a Father Affects His Daughter – HowFlux
Skip to content 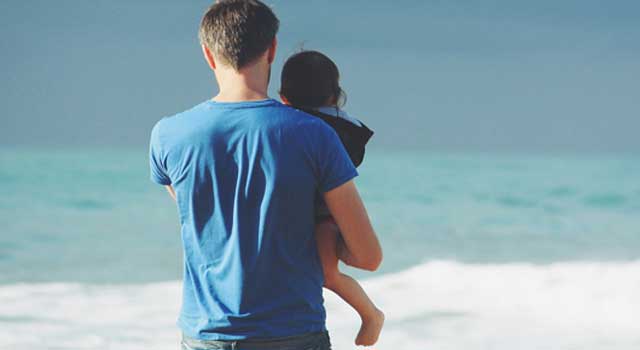 A father’s relation with a daughter can’t be explained in words. In India, there is a saying that a daughter is the pride of the mustache of her father. True is when they say, “A son is a son till he gets a wife and a daughter is daughter till the end of life”. A father’s mentality, his behavior and the way he takes decision in adverse aspects of life totally transforms and affects his daughter as well.

If a father deals with his daughter in a favorable way, she will always like to be her papa’s princess. A father is always a girl’s hero as she knows that at least there is a single man in this universe who will treat her like a doll and who won’t leave her hands in the mid of way, but if on the other hand you spoil this relationship, this will surely have a negative kind of effect on the daughter. Let me explain how. How a Father Affects His Daughter

1. You Are Always Her First Crush and Inspiration:-

A father is always a daughter’s first crush and inspiration if you treat her with love and care. Most of the daughters fear their mothers but love their fathers. A daughter always stays close to her father and takes him as her mentor in life. If you act as an ideal father, your daughter will also surely try to be an ideal daughter.

2. She Takes You as Her Superman Even In Her Childhood:-

Most of the daughters take her father as her superman even in the childhood time. When you have a small sister and you met a clash with her, she will always threaten you that she will tell about it to your father when he comes home. Obviously, fathers are super hero for their daughters and thus a father can play key role in the development of his daughter’s character as well as habits.

3. A Slight Touch of Anger Makes Her Cry:-

A daughter will start crying and sobbing tears with even a slight touch of anger that you show towards her. She will hug you tightly when she feels alone and she will always keep taking advises from you when in need. The joy of a daughter’s victories is also shared the best with her father only.

4. She Will Behave with Her In-Laws the Way you teach her:-

A father is the best teacher of his daughter. Even when she gets married, the same moral values that you have taught her will prove to make her life and to adjudge her future. She will behave with her in-laws the way she has seen and your relationship with your wife will always be the base of the treatment that she gives her husband.

5. It Even Affects the After Married Life As Well:-

The way a father treats his daughter and the way a father teaches his daughter will also decide the way she lives her married life. If your daughter had seen violence in her house, she is sure to experience trouble while getting settled in a new family. It is thus always a father’s duty to stay calm while handling the situations and to educate his daughter with love in a favorable way. You never know how your daughter’s after married future is going to be but you can at least look after her present to safeguard her after life.