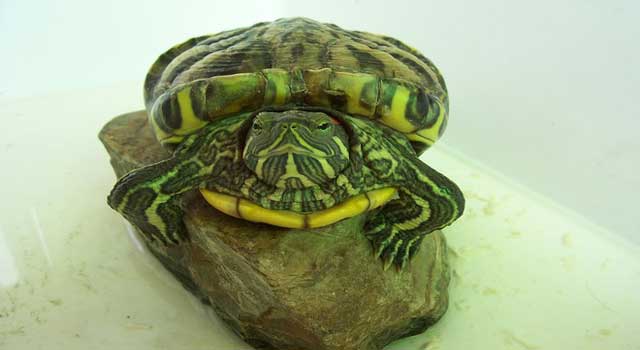 Green sea turtles are a kind of turtle species that belongs to the family Cheloniidae and It is the only species in the genus Chelonia. It is found through the tropical and subtropical seas around the world and is believed to come amongst the turtles that feed various species of sea grass which is why the name “green sea turtle” has been given to it. Now talking about the green sea turtles, these are light colored and are often characterized as herbivores. Here we are listing some interesting facts about this turtle that are sure to leave you mesmerized. The green sea turtles like the other turtles are egg layers and these migrate long distances just to lay their eggs between the feeding grounds and hatching beaches. Many of the islands have been named as turtle islands because of this habit of turtles to go a long way just to lay their eggs. The turtles choose to make nests on the beaches of these islands and the females would come crawling on it and then dig a hole in the form of its nest where it will lay eggs during the night and then when the eggs get hatched, the babies will reach the water again.

The diet of a green sea turtle is basically consisted of the vegetation available in the water. This constitutes the marine plant life like the algae or the kelp and some of the turtles, including the juveniles also choose to go for a carnivore’s one.

3. Shape and Structure of a Green Sea Turtle:-

There is a kind of escalation of the carapace and plastron. The green sea turtles resemble any other kind of sea turtle in appearance while there is a slight difference and that is a flat kind of body, a beaked head and pedal like arms. The thing that differentiates the green sea turtles from the other turtles is the environment where they are adapted to live.

4. Size and Mass of the Green Sea Turtles:-

5. The Causes of Green Sea Turtles being endangered:-

The green sea turtles are in danger because of the human activities that directly and indirectly both influence the sea life. The pollutants that are added every now and then to water contaminates it makes it unfit for turtles to survive and even the loss of habitat because of the real estate development is also responsible for it.

A green sea turtle which is believed to be the heaviest and latest amongst the green sea turtles, named C. mydas is listed as endangered by the IUCN and CITES and is protected from exploitation in most countries. Though it is illegal to harm or kill or encage it for human ill temperaments, but still it is in danger what has become really a matter of concern for all.