How Can Animals Understand Each Other – HowFlux
Skip to content 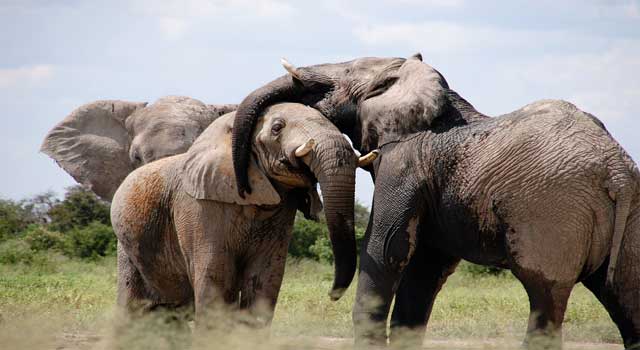 Often we stay doubtful about the fact if animals can understand each other. A few days back, I was standing at the pet shop where a new pup had arrived and it was continuously weeping while when it was mixed up with some new pups, certain changes were made to his life schedule and this along with some other experiments made on various other animals have made us reach the conclusion that yeah, animals do understand each other and this can be depicted as follows. How Can Animals Understand Each Other

If you come across some puppy that has been deprived of its mother, you will surely see tears in his eyes or in case you get a puppy from his master’s home who used to love it much, the puppy will be found to have tears in its eyes in the most of such cases.

Animals also make love with each other. Once I came across an elephant that was injured, the other elephant remained with it till it was not able to cross the road. Not just this only if we go by some wildlife sanctuary, we will get countless such examples of one animal saving the life of another animal.

3. Though Meek But Still speaking much:-

It is but obvious that most of the animals prefer to stay meek till they are not in a problem. Some stay meek till they do not burst on their prey so as not to give it a clue that they are hunting on it, but still there is a kind of coordination that I have seen in animals that makes me come on a conclusion that they understand each other.

Extreme and utmost care is shown sometimes by animals for each other and if I tell you about the habits of animals, some of them have the habit of marking their territory that they do after urinating around that place. Now the other animals get a clue this way that this one is the place of some specific animal and thus stay away. This can be regarded again as a sign that animals can understand each other.

In case of some animals, a great team work is seen. If I talk about a group of elephants, they know that their babies are small and delicate and can’t be saved if lions or tigers hunt on them and this is why the small baby elephants are kept in between and under the giant elephant mothers so as to save them against the predators that again shows the attachment and understanding.

Most of the animals follow the protocol as well as traditions of their group. Talking about the monkeys, the mother monkey will be carrying the baby monkey even after it dies so as to confirm if it is dead. If the monkeys find someone having a pet monkey tied with some chain or rope, they will struggle hard to get it free and all these signs are dedicative of the fact that animals can understand each other for sure.