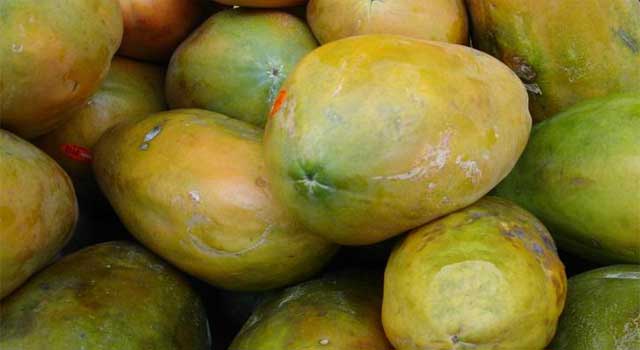 Pregnancy is a period when a mother gives birth to her baby and thus an utmost care is taken by the mother during this time. It is said that the mother’s health is directly associated with the baby’s health and if she eats something not suitable, the impact of that food would also take place on the baby. Papaya is also believed to be avoided by the pregnant woman during pregnancy time as it may spoil the health of their child and may even cause unfortunate results during this time. The exact reason why papaya should be avoided during pregnancy can be explained as follows: – Why to Avoid Papaya during Pregnancy

2. A fully ripe papaya is not thought to be a problem:-

Believing to the experts, though there are less cases of contraction of uterus related to the consumption of papaya but still they say that one should not take a risk and anything that is suspected to make you compromise with your body should be avoided as after all in pregnancy, the baby’s health is also associated with the mother’s health.

3. It is better to leave something that has got limitations:-

The experts say that when you know something might make you harm, you should avoid it completely. Leave the fact if it is ripe or unripe, completely stop taking it and go for the substitutes that do not cause any harms or simply ask your doctor which fruit substitute has got the nutrients essential to be taken by the mother and go for it without any compromise to the health.

Even the doctors would advise to avoid papaya in case a mother is pregnant. Doctors never take any risk with the patient and this is why the majority of hospitals these days do not allow the patient to eat anything bought from outside and instead they choose to prepare the food themselves for the patient. There is no problem if a pregnant woman is in one such hospital else the doctor is mandatory to be consulted prior to giving anything to the mother.